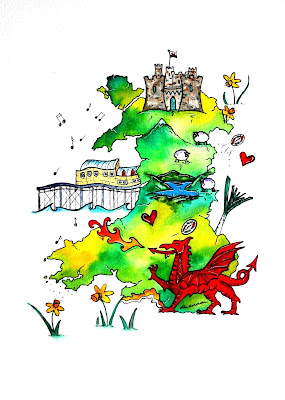 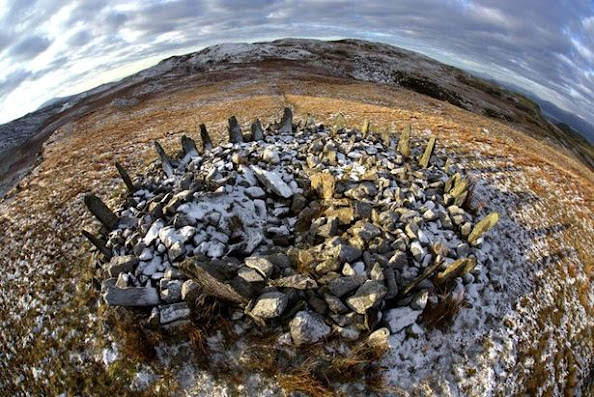 One of the wonders of prehistoric Wales. Click to see where.

In remote moorland, it is a combination of burial mound and stone circle. At the centre is a cairn, 28ft across and three feet high. Outside the cairn are 15 slender stone slabs. Each about 6ft high, they lean outwards like bristling spears.

I had just by chance bumped into this expression recently  watching a video of Michael Mcintyre. That is a bit of a coincidence, isn´t it. Minute 17:27

I absolutely recommend watching Michael Mcintyre shows not only because he´s a great stand up comedian but also because you´ll learn a lot of English from him.
Joaquín Tafur shares this video on climate change in Wales.
Sophie Howe is the world's only future generations commissioner, a new kind of government official tasked with advocating for the interests of generations to come and holding public institutions accountable for delivering long-term change. She describes some of the people-focused policies she's helped implement in Wales, aimed at cutting carbon emissions, increasing sustainability and promoting well-being as a national goal. 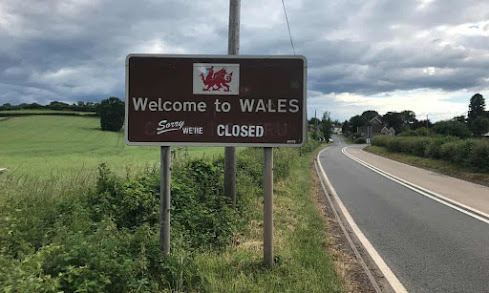 For those of you interested in Wales, this is a great website full of great information you can use for your classes ;)  https://www.britannica.com/place/Wales

Getting to know Wales: https://www.teachingenglish.org.uk/article/getting-know-wales

Getting to know Wales

This lesson plan for teachers of teenagers and adults at intermediate level explores the theme of Wales. Learners will develop their knowledge of Wales, as well as practising their vocabulary and listening skills.

And another set of resources from British Council:
https://www.teachingenglish.org.uk/article/destination-wales

This lesson plan for teachers of teenagers and adults at intermediate level and above explores the theme of the Wales. Students will build their knowledge of Wales and develop their reading skills.

Valle Peláez shares this video about Hay-on-Wye, a lovely small town in Welsh called "the town of books" because it has over twenty bookshops, many selling specialists and second-hand books. At the end of May or beginning of June it is held a literary festival:
Simon Griggs -tutor of our course- has walked and recomends the second part of the Wye Valley Walk (http://www.wyevalleywalk.org/), a route stretching from Chepstow in the south of Wales to Plynlimon in mid-Wales. If you like hiking,
"Three years ago, we walked the Wales coast on the Ceredigion Coastal Path (https://www.ceredigion.gov.uk/resident/coast-countryside/exploring-ceredigion/wales-coast-path/), where we were treated to wonderful scenery and experienced 'four-seasons-in-one-day' weather!" 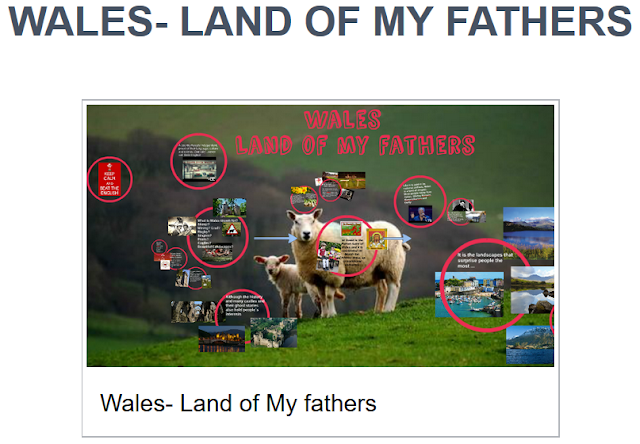 Click on the headlines to view these really useful resources:
USEFUL LINKS 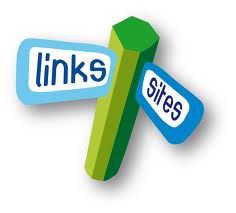 Hay-on-Wye as the City of Books: 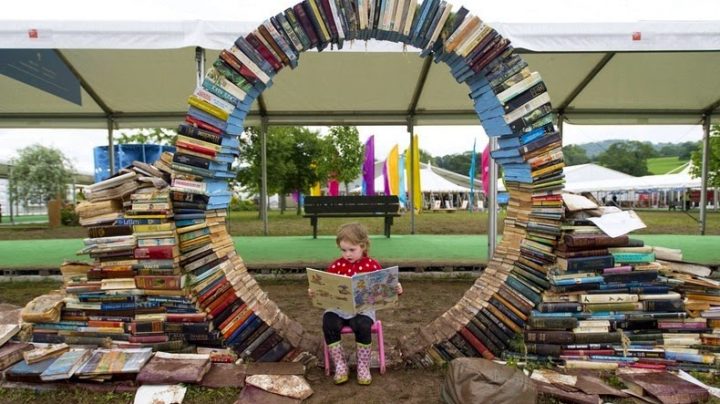 The Uniqueness of Hay-on-Wye, The City of Books in The Border of England 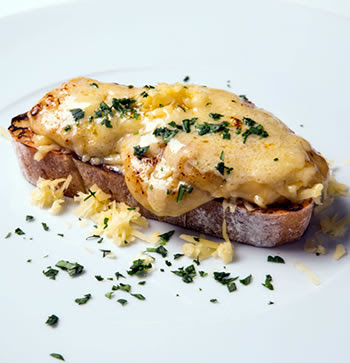 Welsh Rarebit, pronounced Welsh Rabbit has is no rabbit in it at all.It is a dish made with a savory sauce of melted cheese and various other ingredients that is served hot after being poured over slices of toasted bread.
It is believed the name originated in the 18th century as an English insult to the Welsh; while rabbit was a poor man’s meat in England, in Wales the poorer man’s “meat” was cheese. The basic ingredients (bread, beer, cheese) are food staples of every region, and it was certainly eaten in Wales for many centuries. The notion that toasted cheese was a favourite dish irresistible to the Welsh has existed since the Middle Ages. In A C Merie Talys(100 Merry Tales), a printed book of jokes of 1526 AD, there is a funny tale from the fourteenth century which talks of the welsh people´s love for the recipe: The Welsh people in heaven were being noisy and causing trouble and, in order to get rid of them Saint Peter went outside the gates of heaven and shouted "Caws Pobi!". The Welsh ran out after hearing about toasted cheese and then gates were shut behind them.The first recorded reference to the dish was "Welsh rabbit" in 1725, but the origin of the term is unknown.
A legend mentioned in Betty Crocker´s Cookbook claims that Welsh peasants were not allowed to eat rabbits caught in hunts on the estates of the nobility, so they used melted cheese as a substitute. The author also claims that Ben Jonson and Charles Dickens ate Welsh rarebit at Ye Olde Cheshire Cheese, a pub in London, but there is no good evidence for any of this.
Today, the dish is enjoyed sporadically throughout the country. It holds a special position in Wales due to its status as a traditional dish, and it now even has its own national day – September 3rd is Welsh Rarebit Day. And, of course, here is the recipe

Here´s a recipe for Welsh cakes. I think they´re usually sweet but this is a savoury take on this old Welsh recipe.

Here's a joke that involves the world-famous enormously long Welch place name (the link after the joke tells you a bit about the place and how to pronounce it). Good luck!

On a beautiful summer’s day, two English tourists were driving through Wales.
At Llanfairpwllgwyngyllgogerychwyrndrobwyllllantysiliogogogoch they stopped for lunch and one of the tourists asked the waitress: “Before we order, I wonder if you could settle an argument for us. Can you pronounce where we are, very, very, very slowly?”
The girl leaned over and said:
“Burrr… gurrr… King.”

St David's Day craft activity with your classes if you work in Infants or Primary and wear your daffodil with pride! (Besides it's a lot more comfortable than sticking a thistle in your lapel on St Andrew's Day!!!)


St Fagans is a fantastic museum as the buildings are really the museum pieces, all are transported brick by brick and rebuilt.

What makes this place so special are the guides within each house who offer you titbits about their previous occupants. I really love one area which is a row of terraced houses, each one reflects a particular period so you can see how decoration and fashion changes.

Oh! the best thing of all, there are great places to wander around, have a picnic and it is all free

Stereophonics
Many films have used theirs songs as soundtracks.